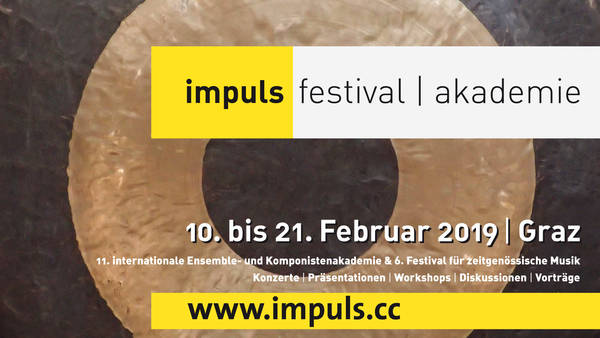 Martyna Kosecka and Idin Samimi Mofakham will lead a lecture on “Contemporary Art Scene in Iran before and after the 1979 revolution”, as well as introduce activities of Spectro Centre for New Music and Tehran Contemporary Music Festival (TCMF). Presentation is taking place at IMPULS Music Academy/Festival 2019

Iranian contemporary music, opposite to the traditional and folklore art, is still quite undiscovered in the world. It is not due to the lack of Iranian composers writing new music, but rather because of the lack of promotion and being out in the circle of the world events, which means especially European musical scenes. Alfred Jean-Baptiste Lemaire, a French military musician and composer, who came to Iran in 1868, introduced western classical music theory to Iranians. However, the military music school was already opened in at 1851, and since then western classical music in Iran had started to rapidly develop. This lead to creation of the first generation of composers and the evolution and fusion of compositional techniques with western musical legacy through a century until today.

The lecture will present contemporary music scene in Iran before and after the 1979 Islamic Revolution and introduce the most important movements in Iranian modern and experimental art, like Tehran Contemporary Music Festival among many. Music by Alireza Mashayekhi, Fuzieh Majd, Arshia Samsaminia, Martyna Kosecka, Idin Samimi Mofakham and many others will be presented during the lecture.